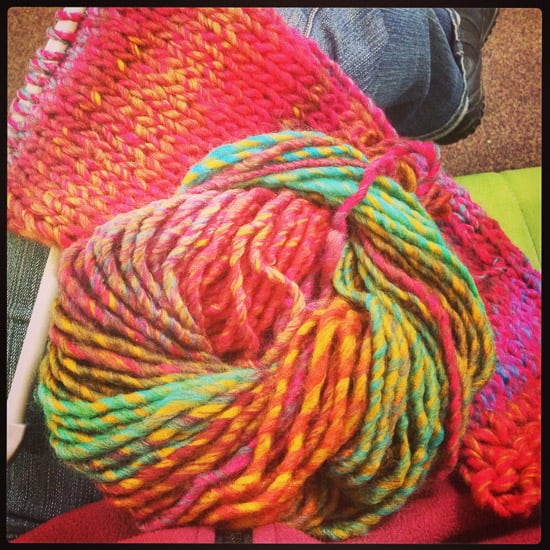 It was all Minnie The Minx’s idea. She’d seen some knitting needles in a shop and was keen to have a go.

AND we were heading to Scotland. Minnie is left-handed and so is my big sister.

‘Aunty Mairi can teach you to knit!’ I said. I like that passing-the-buck school of mothering, don’t you? 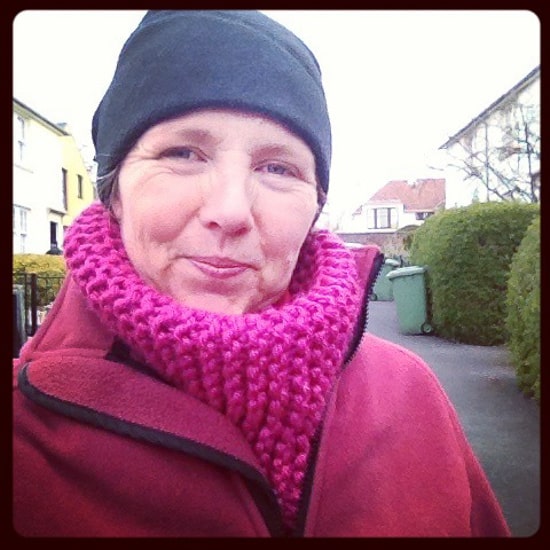 Then I got inspired by the learn to knit posts on The Crafty Expat and thought I’d have a bash before we left, letting wee Minnie see how it was done.

I got huge needles and huge wool and just cast on 30 stitches and cast off on a knitting adventure. The result is the neck cowl seen above. Much needed as soon as we got off the ‘plane.

It’s Dexbox13, deprived of his Xbox, he’s seized the needles and knobbled my knitting! 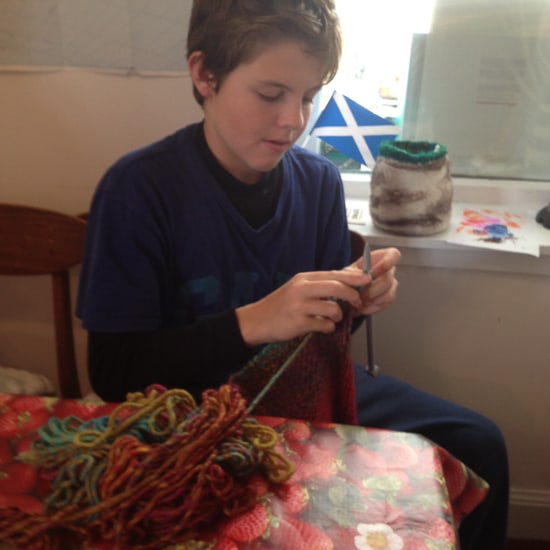 That gorgeous wool is from Spain, bought in a tiny craft shop here in the seaside town of Nairn where my wee sister Morag lives.

Our enthusiastic junior knitter somehow managed to turn my 20 stitches into 30. But anyway, we finished the ball of wool and here’s the next scarf. 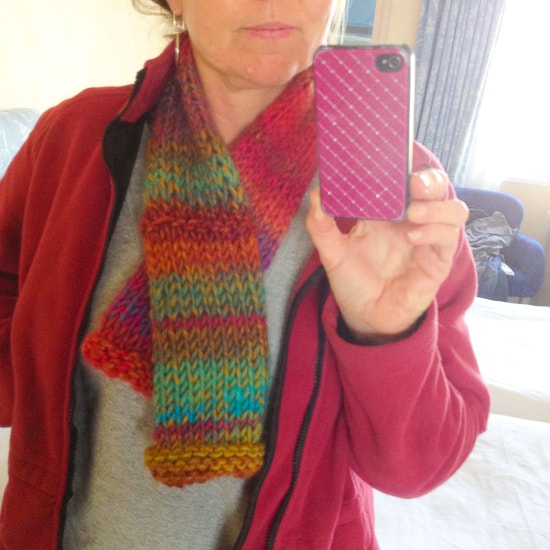 When the weather forecast looks like it does, you can’t knit scarves fast enough. 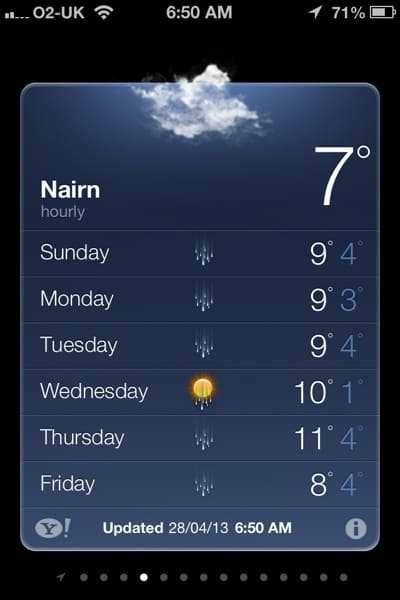 Yes, we’re spending LOTS od time inside nattering and knitting. Minnie the Minx has learned basic knitting but she’s not really keen at all.

So the next scarf is started already. I’ve got all possessive and started a wee five plain, five purl for five rows and change around sort of thing.

Dexbox will have to start his own scarf. 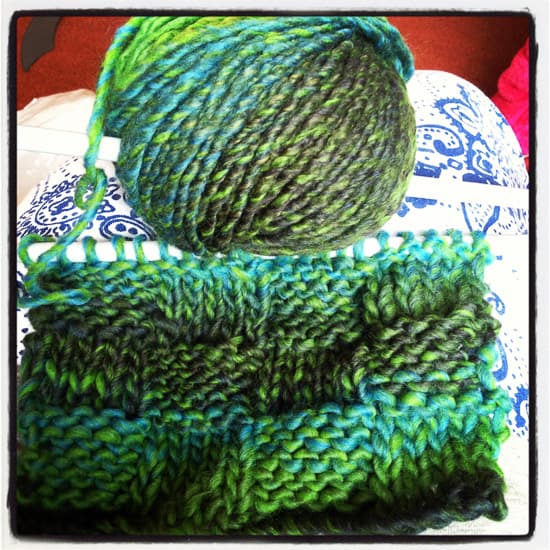 I’m still totally intimidated by proper knitting patterns, but the only way is up.

Are you a mad knitter?

Or is it just us here in the frozen north?

Hope it’s a lovely week for everyone in gorgeous hot sunny Sydney.

Love from your Caledonian pal,

Other Scottish Stories from April 2013 are:

A Muddy Walk To See The Lambs