Explain it to me if you can, cos I just can’t get my head around it.

From little baby to gigantic teenager… in only 16 years! 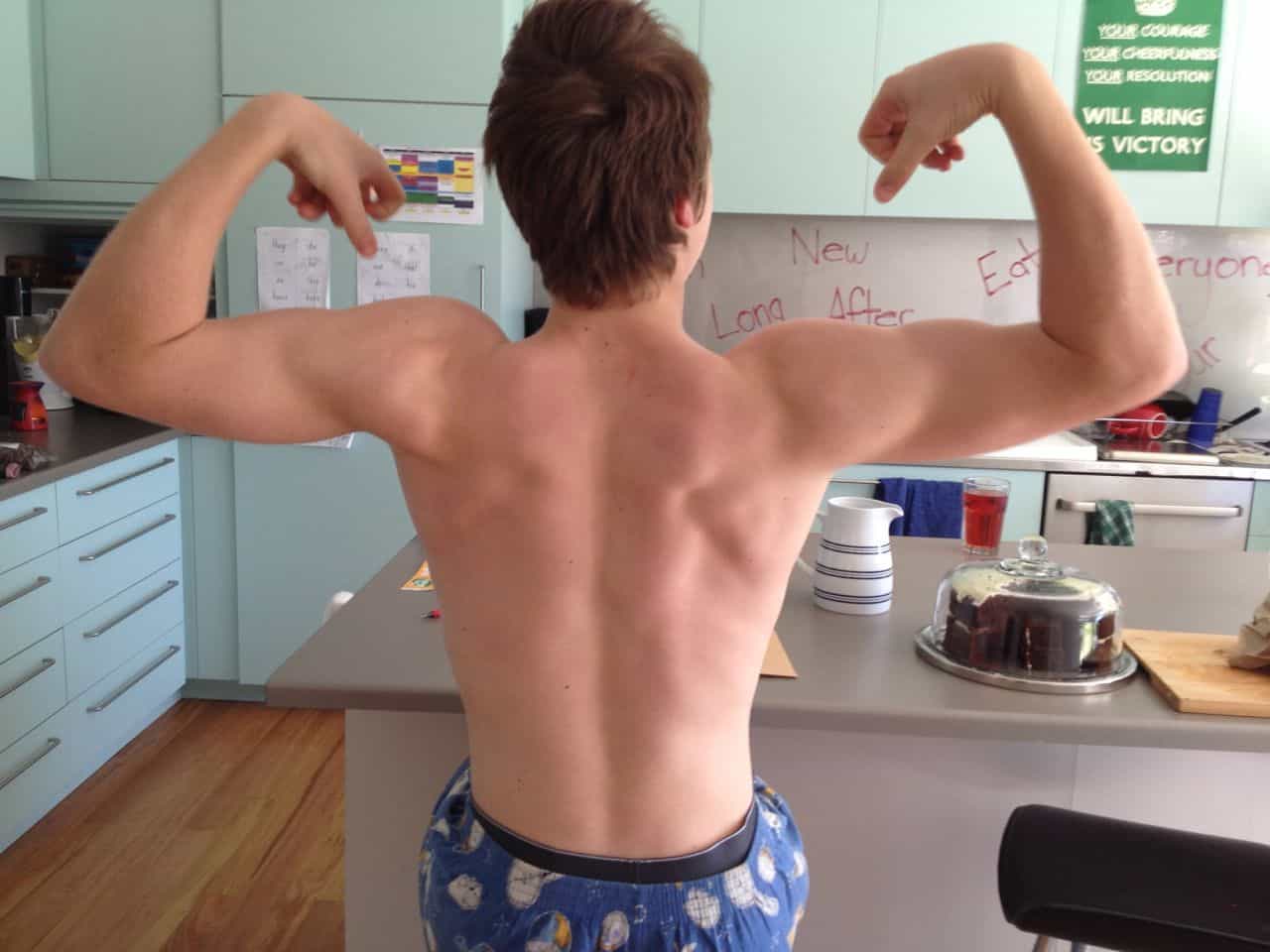 Our oldest son turned 16 years old on Saturday, and he said it was his best birthday ever.  16 presents to open, lunch at the Hard Rock Cafe and a night in the mosh pit at the KISS concert.

I took a heap of photos that morning and here they ALL are. 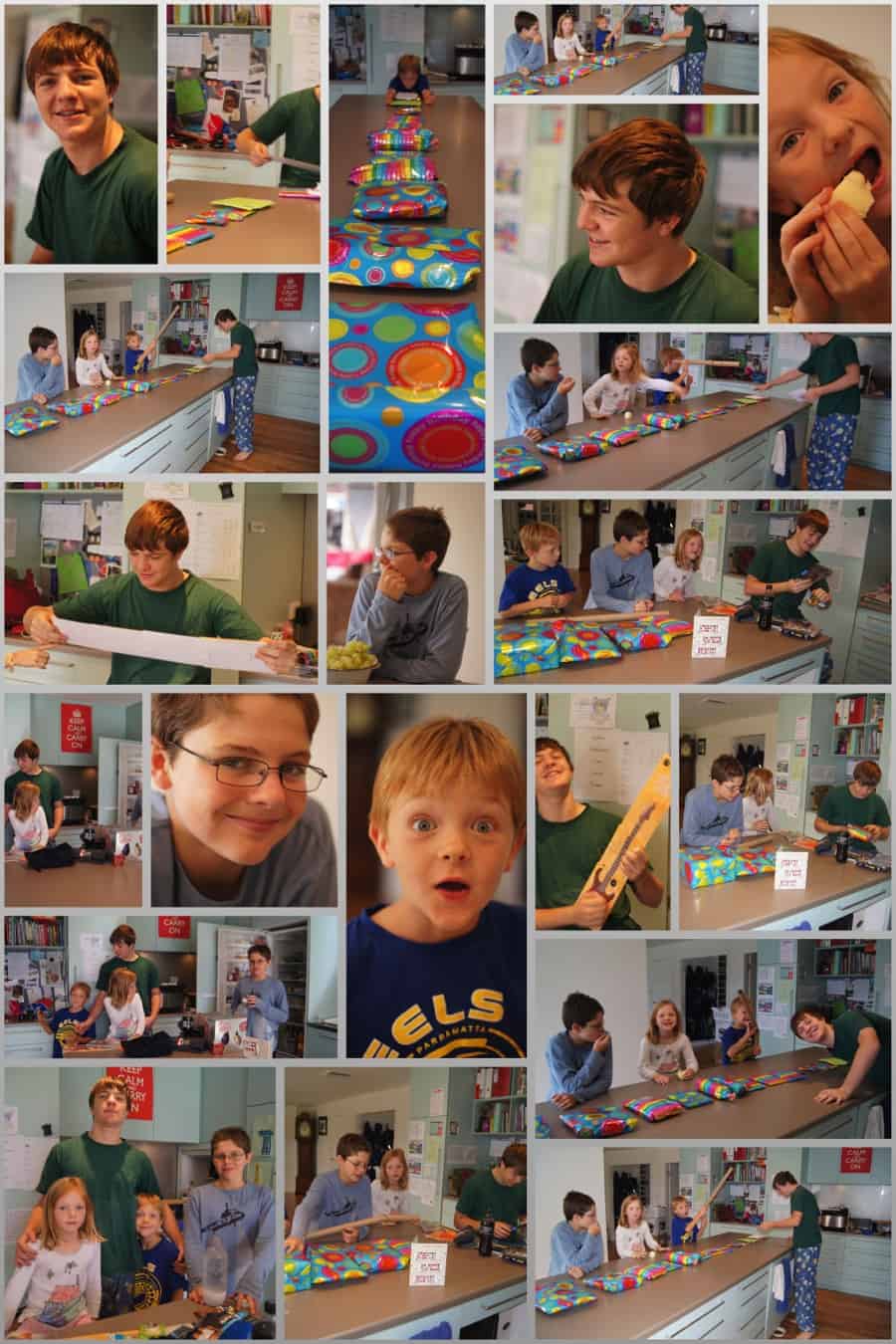 In the two years that I’ve been blogging, this gorgeous Giant Teen child of ours has rarely been mentioned.

Not that I planned it that way.

But I just haven’t been comfortable about writing about him, maybe feeling a bit bad that I’d revealed such a lot about him and our family life in the Australian Autism Handbook Ed 1.

But also, teenagers don’t want their mothers gabbing about them, why would they?  When I’ve asked him if I could write the occasion thing he’s said: ‘Oh, I don’t know, Mum.’

And that’s right, he doesn’t know.  He’s not really able to give informed consent on the privacy issues the internet raises because he doesn’t understand the issues and implications.

Yet he’s too old for me to feel comfortable about giving that consent on his behalf, the way I do with the twins.

However, let’s cast all these issues aside as he’s just turned 16 and I’m so amazed and gobsmacked and proud and delighted and horrified and overwhelmed.

I can’t not write about him, something’s gotta come out.

You’d love to meet him in person, you really would and here are 16 reasons why:

1. He’s a kind, gentle giant of a young man and he’d help you with your shopping.

2. He can play the bagpipes, quite well these days. His playing of those beautiful Scottish airs would bring a tear to a glass eye and can make you long for the mistry moors of Caledonia, whatever your nationality.

3. He wouldn’t mind if you asked him to play at a distance either.

4. Should you require any information about heavy metal music, he is your man. You might call it an obsession, but let me assure you it can be a handy one. Drummer in Slash’s band? No problem!

5. He could also serenade you with some heavy metal tunes on his electric guitar, no problem.

6. Should you require an ear splitting rendition of any drum solo, he’d be delighted to assist. If potential deafness if an issue then he’d be happy to play the electronic drums.

7. He’s a Facebook expert and is happy to share the finer points. Also, tips on optimal swearing online can be taught.

8. He’s very honest, he never was able to lie at all when young. Now he’s older he occasionally makes an attempt (which is a good thing, in fact) but just cannot manage not to look completely guilty.

9. He’s a worker, with a part-time job at McDonalds. He pays his own way, a parents’ dream.

10. He is able to apologise when he’s been rude or shouted or been unreasonable, or kept Mum’s taxi waiting at the station until 12.30pm. Apologising is a great skill and a strength in any person.

11. He likes the house to be tidy… he’ll even tidy things up himself. He’s the only one of the four offspring who is tidy, what a joy. This did start as a bit too tidy, bit OCD-ish, but with help and time, it’s not bad, but good, these days.

12. He loves his sport, what an Aussie bloke. Plays rugby league and loves watching the Sea Eagles play. He and his Dad have recently taken up playing golf together, great.

13. He’s a mad mosh pit maniac. (This involves quite a lot of parental letting go, I can tell you.) He recently described a mosh pit as ‘brutal’, great vocab son!

14. He can’t wait to leave school and grow his hair really long, ‘but don’t worry Mum,’ he says,’I’m going to brush it every day.’

16. He misses his dad terribly when he’s away and is so happy when dad gets home.

But the best thing about this son of ours: he loves his mummy. And these days he even tells her so.

Too often we parents of children and young people with additional needs talk about what our kids can’t do, or what issues they have.

It’s so good to celebrate their strengths and this young man has many.

Do you have a teenager of your own?

Can you imagine you ever will?

Click here to read about the books I have written.