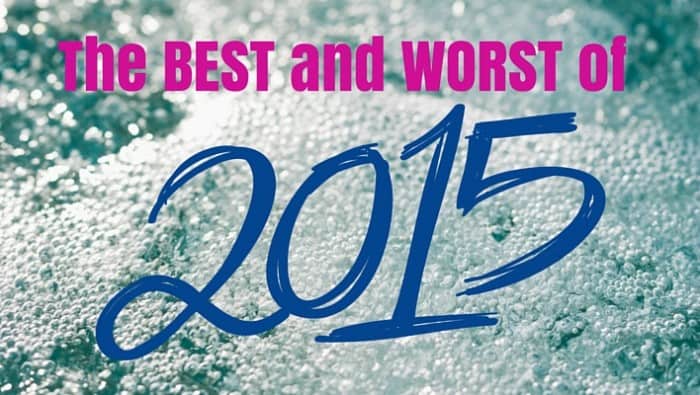 Don’t you just love the end of one year and the beginning of the next?

Change and renewal. the chance to start afresh.

You also all get a chance to look back over the year that’s past. To relive the happy memories. To look the bad ones in the eye and say: ‘Begone, and we’re not doing that again next year.’

I’m starting off a review of our family’s here with my fave bits:

Jervis Bay: We spent a few holidays down at our beach house at gorgeous Jervis Bay with is such a top family spot.

Fiji – twice! I went on a fab press trip in April and loved Castaway Island so much that I booked for all six of us to go in December when a fantastic special was running. Highlight of the year!

Canberra – the twins and I did a few days in Canberra and loved it and hope to go again in 2016. So much to see and do there.

Sunshine Coast – another press trip with a wonderful bunch of writers. See the posts here; fab place for family holidays!

Gold Coast – I popped up for the Problogger Event, and posted on the playground and pools at the RACV Royal Pines here.

Jamberoo and Wollongong – a short but very fun trip!

Paul and I reached the ripe of age of 100 years between us. And that’s a milestone… and we do feel as if we’re quite grown up and even a bit wise these days.

The children turned 18, 16 and 9 and 9 this year. For all the trials of the teenage years (see below), I’m definitely enjoying parenthood more and more as the children grow up. It’s so much physically easier, mentally and emotionally challenging, but at least you get the odd long lie.

Sometimes the kids even bring cups of tea in bed. Hooray!

The years between 6 – 12 years were described by a friend as ‘your parenting years off.’ Our twins are so independent in so many ways. But they are still affectionate and think their parents are great.

Sharp contrast to teens who reckon we know little and understand less – sigh. they’re so wrong!

Eating and Drinking and Playing

We went to some yummy Sydney cafes, from the Beach Shed in Dee Why in January to the Frostbite Frozen Yoghurt in December.  Sydney’s got wonderful family-friendly places to eat.

Play Centres – the twins loved Jungle Buddies in Five Dock best of all the places they visited this year. Quite right!  Berry Island Playground was the hit of the year on the post and with the twins too.

Continues to be my joy, escape, pleasure and adventure… I did the Bold and Beautiful this morning, grey old day early on but the water was warm and the coffee afterwards was a cracker.

Never again, that’s all I’m saying.  We had two this year, one for each teenager. At least this year we knew they were happening. And neither teen needed to go to hospital with alcohol poisoning this year. Bonus.

But there was that mum who called me to say: ‘If my son tastes any alcohol at this party, I will have you prosecuted.’

And the police were called twice by neighbours. But at least it wasn’t one of my own teens who was taken away in the paddy wagon, driving license now lost.

Sigh… my tip… never have teenagers parties in your own house.

The first half of the year was hard as my husband was still working on a month-on, month-off FIFO rotation and the teenagers were giving me gyp.

So I did a series of posts: The Pathetic Attempts of Seana Lucy Smith Trying To Stay Calm In A World That Has Something Against Her.  It helped!

One of our sons went to boarding school. It’s overall a good thing but has had its ups and downs. He’s keen not to have his life described in detail on this blog so that’s all I’m saying.

I haven’t seen my Mum for more than 18 months and feel terrible about that.  There’s a lot of distress in being an emigrant when parents get old.

I don’t mind getting older myself but I wish my Mum would call a halt to it. 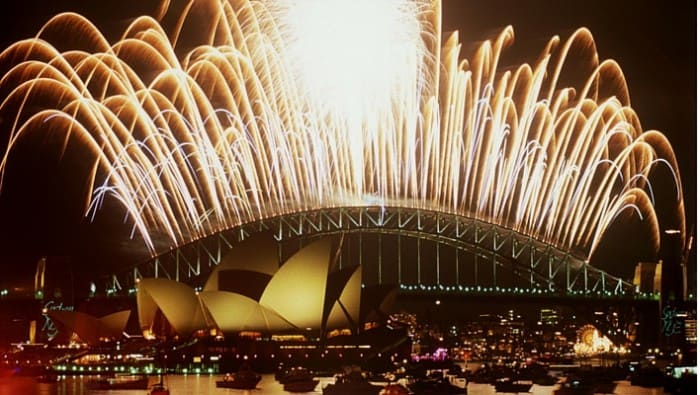 All in all, it’s been a year of ups and down, but ours are minor in a world where we are very much the lucky ones.

Hope you have a Happy Hogmanay and here’s to a safe start to 2016.

Click here to read about the books I have written.